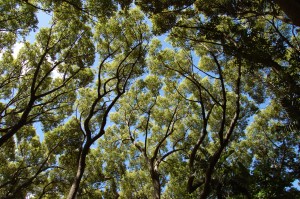 ‘Working with Diversity: Moving into a New Century’ in ‘Transformations’ Journal of Psychotherapists & Counsellors for Social Responsibilty, Autumn, 2005

Co-editor (with Dominic Davies): ‘Self and Society: Pink Issue’. Journal of the Asstn Humanistic Psychology, Autumn, 2006.

Consultant Editor for Sandra Keys: ‘Where Would You Like Your Dishwasher?: My story about Life, Loss and Life’.   Hong Kong, Haven Books, 2010.

‘Rites of Passage’: 1. ‘Going to meet Frida’ 2. ‘Being with Frida’ and 3.’ Feeling our way ahead’ in ‘We Are Family’ A magazine of alternative family life, March and June issues, 2013 and www. The DADNetwork.com, Spring 2014. http://www.wearefamilymagazine.co.uk www.DADNetwork.com

THIS IS MY AUTHOR’S PAGE ON AMAZON: 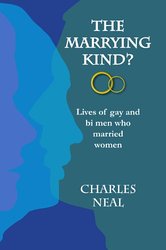 (In paperback from www.Wordery.com or in Kindle from www.Amazon.com)

REVIEWS:
“Thoroughly captivating and engaging. One is drawn into intimate stories of the men and their relationships to themselves, their wives and the wider world. The accounts demonstrate the intersectionality of converging and competing identities as the men strive for wholeness. I was struck by the ruthless honesty, openness and how incredibly diverse the range of stories were. An invaluable insight into the experience of gay and bi men who marry. Thoroughly recommended and well resourced.’ Dominic Davies, Director of Pink Therapy & Fellow of the British Association for Counselling & Psychotherapy.

“A unique and ground-breaking work on gay & bi Fathers. The way their personal stories are crafted gets a good balance between a coherent account and the unpredictable play of emotions. We are deeply involved in the lives of these men­–but are also given a chance to think and reflect on what is being communicated. Charles Neal’s own story moved me to tears. This book will be of interest to anyone affected by these issues (and who is not, whatever their sex or sexuality?) It will also be extremely useful to therapists, counselors and psychologists and those in training.” Andrew Samuels, Professor of Analytical Psychology, University of Essex.

“An exciting new book addresses the question, “Why do gay and bisexual men marry women? Charles Neal, a prominent British psychotherapist, gives brilliant insight into the needs, motivations, ramifications, and outcomes of these men … it is an important contribution to the  literature for therapists, counsellors, trainers, and especially for affected family members—wives, children and parents of these married gay men.

The book relates experiences of ten gay and bi men, ending with the author’s own story.  In excruciating detail, they reveal their internalized oppression, fearfulness, insecurity, and shame that informed their decisions.  The need to belong and connect with community drove many.  Family or career pressure factored in.  Some hoped that marriage to a woman might change their homosexual desires, or at least “cover” them.  Some simply sought a stable domestic life, or longed to father children.

Religious pressure was also a factor for many.  Feeling unsupported or even persecuted by their religious communities, they chose conventional marriage as an escape.  With the authority of a counseling psychologist, the author adds his voice to other experts who discredit so-called “reparative therapy” to “convert” gays to straights.  Rather, sexuality is presented in all its nuances, as a process and a continuum that includes bisexuality, androgyny, blurred gender and other variations.  Simplistic solutions are neither applicable nor useful.

Interestingly, the subjects interviewed for this book all came out in their thirties to fifties, after their children neared adulthood. This pattern has been observed in the United States as well. At mid-life, authenticity becomes more important.  Like their heartbroken wives, these men’s intimate personal stories reveal untold pain.

Learning more about the other side of the story can be beneficial for recovering straight spouses.  The more we know, the better we can understand and move toward a favorable outcome and the final stage of recovery–empathy and forgiveness.

This is a book worth reading for any person whose family has been tested by a mixed-orientation marriage.  It is well written and reveals real people’s experience.  The extensive bibliography and list of resources make the book even more useful.  I highly recommend it.”  Carol Grever, Founder/Director Straight Spouse Connection, USA.

“… the ever-perceptive Charles Neal tells the life stories of ten gay/bisexual men (including Charles himself) who, in an earlier era, married women. Each story is different, and the collection as a whole a rebuke to the clichéd notions that tend to dominate discussion of such issues: while some believed only heterosexual marriage could offer the possibility of domestic partnership or raising a family, others felt a substantial bond with their opposite-sex partners. Because Charles is such an advanced student of the human heart, he teases out from every contributor so much that is individual and particular to their own story: family and social circumstances, education and schooling, race and religion – all have played their part in the lives of his contributors. As a result, the book is neither for specialist gay or specialist therapeutic audiences: it has much to offer anyone who is interested in the nuances of what each of us brings to all our relationships – and how all those various aspects of selfhood might hinder or help. “  Martin Moriarty, Writer/Director.

“Enjoyable, profoundly honest dialogues with 10 fascinatingly diverse, gay and bisexual men, who are or have been married to women. Each started as a boy with a dawning apprehension that he can deeply trust nobody at all, for his feelings are such as to attract dislike, derision or disgust. These are compelling memoirs of pain, loss, excitement and fear, stories of disconnection and re-connection, which moved me.” Marcus Gottlieb, Therapist, Group leader.

“I was very impressed by the depth, the care and the openness in the telling of the stories in this book. Each man has taken a brave and difficult journey often through muddy and hurtful conflict , most using good therapy to help and all making progress towards a happier and more fulfilled life. As a woman who has spent periods of her life conflicted and searching about her sexuality in an era of so-called sexual liberation, I recognised some of the issues and appreciated the insights given here. I very much liked the humaneness that underscores this book, the evidence in these men’s lives that these central parts of our experience that can be so painful can be faced and got through and we can come to a greater happiness and authenticity. The book would be especially supportive for gay and bi men married to women, especially if going through or about to go through a coming out process. The large resource bank provided is far ranging. This is a very worthwhile read that engages both the heart and the head.” Mila Caley, Educator.

YOUTUBE FILM of Glenys Jacques interviewing Charles Neal about some of the issues in this book (12 mins): www.youtube.com/watch?v=ucY1POph3fA 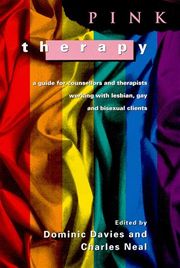 ~It is all too easy for the liberal heterosexual therapist to imagine he or she has it all sewn up as far as attitudes to homosexuality are concerned. This book shows that even the politically correct, have so much to learn not just about being gay, lesbian or bisexual, but also about research into sexuality, attitudes amongst therapists, and on training courses as well as in the development of psychotherapy and counselling.” Michael Jacobs. BACP Fellow and author of numerous psychodynamic textbooks.

Pink Therapy (Vol. 1) has now been translated into Russian! 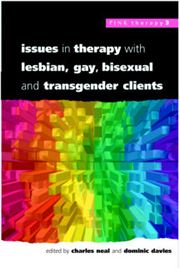 “Written from a well-informed insider’s perspective on each theory, this book demonstrates a real coming of age of therapeutic work with lesbian, gay and bisexual clients. Many books in the past have been written about the difficulties of therapeutic work with these clients. This book, by contrast, puts theoretical perspectives on the couch, explores their strengths and weaknesses in relation to this client group and offers affirming strategies and solutions to working within these models.” Sue Webb, President of the New Zealand Association of Counsellors.